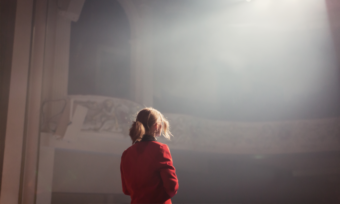 Over 2000 People See Les Misérables at The Gaiety

The ambitious plans for four performances was a daunting prospect but as the show’s Producer (and recently retired Primary 1 teacher), Mrs Virginia Mckenzie, said, ‘if any school can do it, Wellington can. The application and industry of our children is truly magnificent.‘ In fact, many thought we could never top the success of our previous shows, such as the outstanding West Side Story in 2016 but Les Misérables was a knock-out! So much so that at one point, The Gaiety issued an announcement saying that only individual seats were left and even they were few and far between. People who watched early performances bought more tickets just so they could take friends. We are grateful to the many people (over 2000!) who came to see the show and  to those who got in touch with glowing reviews – thank you.

S6 Marketing Assistant, and future Business, Enterprise & Accountancy student Emily McMunnigall submitted the following press release to the Ayrshire press, along with a selection of photographs she selected to accompany the article:

Les Misérables is one of the world’s most popular and longest running musicals, which has been performed all around the world. In early October 2017, it finally  came to the Gaiety Theatre in Ayr, where the stage was transformed into the streets of 18th century Paris, in a wonderfully colourful and atmospheric show. The recently re-furbished Gaiety played host to two talented casts in four sell-out performances.

Wellington School prides itself in its ability to produce a school show of this scale and the commitment and enthusiasm of pupils is awe-inspiring – both on and off stage. Pupils can participate in a whole range of roles to support the show. If they are not performers, they can take part in backstage activities such as props, makeup, lighting and sound or even photography for the programme. Every child who wants to take part can do so, allowing them a unique opportunity to nurture their strengths, learn new skills and enjoy a worthwhile experience.

Wellington is proud of the talent of its pupils and of the commitment everyone shows throughout the months of practice and rehearsals. School shows are held annually and Les Misérables follows on from other classics that include West Side Story, Chess and Crazy for You, each of which have all been a great success.

Wellington School aims to continually broaden its shows’ theatrical boundaries, and this year was the toughest yet.  When asked about their experiences, pupils admit that keeping up with the rehearsals was a great effort, but that overall, it proved a thoroughly positive and rewarding experience.  After the curtain came down for the final time, and many backstage selfies were taken, pupils went off to celebrate in a quintessential teen manner – an after party!

A gallery showing highlights of the show is available to view here. The gallery is protected by password and the clue is: the surname of our Head of Music followed by the year the school put on Chess.