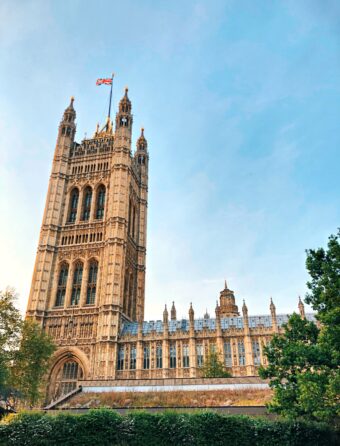 Modern Studies is the subject where we examine the big issues in an ever-changing world. The units studied will inform pupils about current affairs and give them the ability to understand the world around them; at a local, national and international level. It will teach them the ability to question and think critically, to construct detailed, persuasive arguments and is truly ‘modern’ in that pupils will learn about events happening right now, and the content is constantly being updated as a result.

The courses on offer are designed to interest pupils and challenge them to think differently about the society they live in and are shaped around key themes of rights, participation, representation and power. As a department, we pride ourselves on equipping pupils with the knowledge and skills which allow them to participate fully in society; content in the belief they will give a good account of themselves in any debate on current affairs! 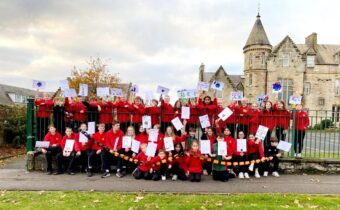 In S1, pupils have Modern Studies one period a week and courses look to engage pupils in current affairs and the key concepts which underpin the subject. They study the following topics at the Third/Fourth Level under Curriculum for Excellence:

Our Democracy topic culminates in an investigation into the debate around Scotland’s constitutional future and whether or not the country should be independent. Pupils use their knowledge to develop arguments for and against independence, and an important part of this investigation is the development of research skills.

In S2 pupils have Modern Studies two periods a week. They study the following topics at the Third/Fourth Level under Curriculum for Excellence:

At the start of S3, we begin National 4/5 Modern Studies and pupils attend three periods a week.

Unit 1 – Democracy in Scotland and the UK.

We examine possible alternatives for the governance of Scotland and evaluate implications of the UK’s decision to leave the European Union. By focusing on the UK Parliament, we look at the work of MPs and analyse their ability to hold the UK Government to account. Strengths and weaknesses of systems to elect representatives in the UK are also studied, as well as factors which influence voting behaviour and ways in which citizens can influence Government decision-making.

In this unit, we examine reasons why wealth and health inequalities exist in the UK, including gender, race, education, poverty and lifestyle choices. We also look at the effects of inequality on groups in society, specifically women, children and families, the elderly. The debate surrounding the Welfare State and involvement of the private sector is part of a study on Government measures to tackle inequalities as we look to assess the effectiveness of measures taken.

Students will study the political system, including an examination of the federal government and the associated system of checks and balances. They will assess how Americans can and do participate at state and federal level, as well as examining social and economic inequality and its impact on groups within society. We look at issues including immigration, education, housing, crime, unemployment and income and how government is trying to tackle them. The role of the world power in international relations is also featured.

Pupils attend lessons four periods a week at Advanced Higher. It is expected that pupils will engage in a great deal more independent learning at this stage of their school career. Advanced Higher Modern Studies departs from the traditional political aspects of the discipline to focus more on sociological strands.

At Wellington, the study theme is Law and Order. The contexts are:

Students examine competing explanations of why crime exists and why people commit it. This is done principally through scrutinising existing sociological and psychological theory. Students then proceed to study the relationships between criminality and different social groups before looking at the effects of crime at micro and macro level.

The focus of this unit is on what happens to those found guilty of committing crime and the extent to which intervention is effective. Key areas include the efficacy or otherwise of prison and the role of non-custodial sanctions, the policies of the different political parties to reform in the penal system and the ongoing debate concerning the use of the private sector.

The Dissertation is an independent research project based on an area of study from within the contexts. It is worth 1/3 of the overall grade and topics covered by Wellington students in recent years include:

‘Criminals are born not made.’

‘The perpetrators are the real victims of crime.’

The department firmly believes in providing key active learning opportunities across a student’s time in Modern Studies and is always open to suggestions and new experiences. Currently we offer, or are planning to offer:

S1 – Mock Election and trip to the Scottish Parliament.

S2 – Sky Skills Academy (interactive session with Sky centre in Livingston preparing a news report on the topic ‘Your Voice’.) and visit from former Special Branch Officer on subject of UK Terrorism.

S4 – London trip (cross-curricular with History). This is a two-day residential trip to London. The main items on the itinerary are a visit to the Docklands Museum to discover more about the Slave Trade and a tour of the Houses of Parliament which also includes a workshop on elections.

The most common university courses undertaken by Modern Studies students include:

The most common careers include: