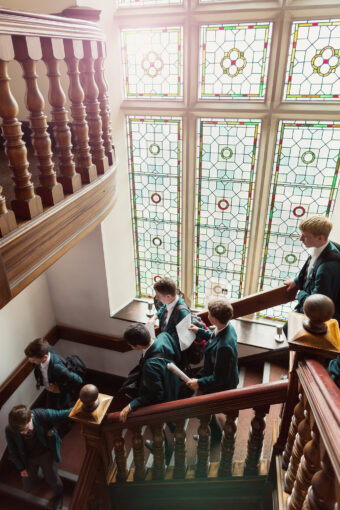 The study of History helps us to understand change in the past and how this has shaped our contemporary society today. Studying History fosters a range of skills such as learning how to work independently or with others; researching, analysing and communicating findings to others and defending and supporting opinions against criticism. A degree in History can lead to almost any career but some of the most common include teaching, research, archiving and heritage, politics, journalism, business, commerce and law. At Wellington School, the History Department offers a variety of engaging learning experiences for pupils from Primary 7 to S6. 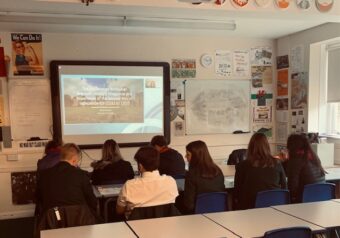 In Primary 7 History, pupils focus on Scottish and local History: covering Stone Age to Iron Age Scotland, Ayrshire’s Past and The Scottish Wars of Independence 1286-1328.

In S1 History, pupils cover an introductory unit on key History Skills, societal change during the Age of Discovery from the 13th century Aztecs to Marco Polo and the voyages of famous explorers in the 15th century such as Christopher Columbus. Pupils also study themes involving the concepts of ?people in conflict’ during the 18th century French Revolution.

In S2 pupils examine Civil Rights in the USA 1918-1968 covering the inspiring protests of the 1950s and 60s which aimed to improve race relations and equality in America. Pupils then study Scotland and Britain: Industry and Empire 18th-early 20th century – covering the effects of the living and working conditions on the people living in the industrial towns in the nineteenth century and the wider impact of industrialisation on British migration and imperialism. Our final topic is World War One 1914-1918 with particular reference to the outbreak of the war and the impact it had on soldiers fighting at the Front.

Pupils studying the National courses cover three units. Unit 1 is British History – The Atlantic Slave Trade 1770–1807 (a study of the nature of the British Atlantic slave trade in the late eighteenth century, changing attitudes towards it in Britain and the pressures that led to its abolition, illustrating the themes of rights, exploitation and culture). Unit 2 is Scottish History – Mary Queen of Scots and the Reformation, 1542–1587 (a study of religious and political change and conflict in 16th century Scotland, illustrating the themes of crown, church and authority). Unit 3 is European/World History – Red Flag: Lenin and the Russian Revolution, 1894-1924 (a study of the collapse of imperial rule in Russia and the establishment of Communist government, illustrating themes of ideas, conflict and power). Pupils are assessed on two elements: knowledge and source skills in the form of course work assessments, an internal assignment and an external exam.

The Higher course consists of three areas of study. Unit 1 is British History – Britain, 1851-1951 (the development of the UK into a modern democracy and the role of the state in the welfare of British citizens). Unit 2 is World/European History – The Growth of Nationalism in Germany, 1815-1939 (the unification of the German states and the development of extreme Nationalism after 1918). Unit 3 is Scottish History – The Scottish Wars of Independence, 1286-1328 (political change and military conflict in Scotland). Pupils are assessed on two elements: essay and source skills in the form of course work assessments, an internal assignment and an external exam.

The Advanced Higher course specialises on one topic – Germany: Versailles to the Outbreak of the Second World War, 1918-1939 (the rise and fall of the Weimar Republic, the ascension of Hitler and the Nazis and their maintenance of power 1933-39). Pupils are assessed on two elements: essay and source skills in the form of course work assessments, a project dissertation and an external exam.