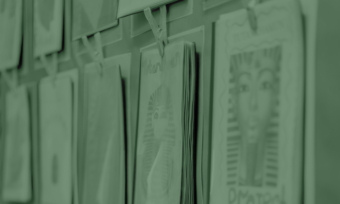 The study of history is extremely important in contemporary society. It spans all cultures, eras, seasons and environments and is an immovable factor that can be called upon for knowledge and insight. History is a subject which gives pupils skills which are attractive to employers such as learning how to work independently or with others; researching, analysing and communicating findings to others and defending and supporting opinions against criticism. A degree in History can lead to almost any career but some of the most common include teaching, research, archiving and heritage, politics, media, business, commerce and law.

Wellington School has a thriving History Department offering a variety of engaging learning experiences including student conferences, Easter revision schools, supported study sessions and trips. History is studied by all pupils from Primary 7 to S2. Beyond that, the department offers National 4 and 5, Higher and Advanced Higher courses.

In S1 History, pupils cover an introductory unit on history skills, assessing their ability to understand chronology, dealing with units of time, examining sources and constructing timelines. They look at societal change during the age of discovery from the Aztecs to Marco Polo and the voyages of Christopher Columbus. Pupils also study themes involving the concepts of ‘people in conflict’ during the 18th century French Revolution. This involves oral discussion, primary historical documents, artwork, drama and the use of ICT.

In S2, topics link the Scottish, British and World history of the period of 1707-1918. Pupils study the impact of the Jacobite Rebellions on Scotland and Scottish political and cultural history in the 18th to 19th century. For the British unit, pupils study the Industrial Revolution and the effects of the living and working conditions on the people living in the industrial towns in the nineteenth century. In the World unit pupils consider the events of the First World War, with particular reference to the outbreak of the war and the impact it had on the soldiers fighting at the Front.

The course aims to develop in pupils a way of thinking about the past by examining the main ideas and themes in defined periods of history. This is achieved through the study of evidence provided by books, websites, DVDs, documents, maps, museum collections, photographs, ICT and outside visits, reinforced by factual knowledge.

Pupils are assessed on two elements: Knowledge and Understanding (60%) and Source Skills (40%). Throughout the National 5 course pupils undertake regular topic based assessments including three internal units which must be passed. External Assessment comprises an examination (75%) and an assignment worth 25% of the total mark. The assignments involve an exploration of primary sources, researched in class and written up under exam conditions. The course assessment for National 4 requires a pass in each of the three internal units and an assignment but there is no external examination at this level.

Each unit is internally assessed via end of unit assessments. External assessment consists of an assignment (worth a third of the total grade) and an examination paper. Pupils must pass the three Unit Assessments and the external exam to gain an award for the course.

The Advanced Higher course focuses on the topic Germany: Versailles to the Outbreak of the Second World War, 1918-1939. Pupils examine the changing nature of political authority and the reasons for and consequences of this change, focusing on the themes of ideology, authority and revolution.

Areas within the topic include:

There are 2 Unit assessments: Historical Study and Historical Research as well as a single examination paper which includes an essay section and a source handling section. Advanced Higher candidates are also required to produce folio and project work comprising a dissertation on a topic of the pupil’s choice.

Pupils make cross curricular links with French via reading comprehension on the French Revolution. They then chose an event from the topic and performed a news broadcast speaking both English and French in their role play exercise.

A trip to Hadrian’s wall also coincides with a visit to the Lanercost Priory to give pupils an insight into the writers of medieval chronicles. This is particularly relevant to their studies of the Scottish Wars of Independence and develops their understanding of historical timelines, which is part of the S1 course.

Pupils undertake a mock political campaign by creating their own abolitionist group and media campaign. They produce posters, badges, slogans and film their own abolitionist speech dressed as a 19th century politician like William Wilberforce. Pupils also research historical opinion on the investigation of Who killed Lord Darnley? and they present their own findings and verdicts on the suspects.