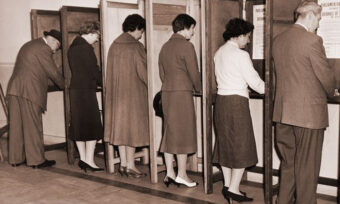 The annual Mock Election involving P7 and S1 pupils took place on Wednesday 1 February. This was an opportunity for S1 Modern Studies pupils to engage in the political process and convince their fellow pupils in S1 and P7 to vote for their party. The three S1 classes elected a candidate each and those candidates delivered speeches at a ‘hustings’. The rest of the pupils created posters, leaflets and rosettes to display their party’s message. Like previous years, the S1 classes were invited to create their own party names, policies and identities.