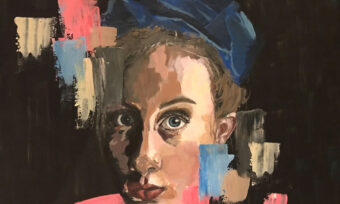 The RSA Schools Art Award is a competition open to all secondary schools in Scotland which aims to encourage creativity and showcase talent. It has been running since 1986 and is considered by teachers to be one of the most prestigious awards made to pupils. The Award has no theme. The emphasis is on skills of technique, observation and interpretation. In particular, the judges will award prizes for work which displays creativity and originality so we are thrilled to announce that Wellington pupil, Ellie Haye is one of the main prize-winners in the Senior Category! She will accept he prize at a ceremony at the Royal Scottish Academy on the 6th March. Her winning entry can be seen here and keen readers of The Turret will remember that another of Ellie’s portraits was featured on the front cover of the Winter edition.

An exhibition of winning works will be in the Royal Scottish Academy, Edinburgh from 9th March to 3rd April.