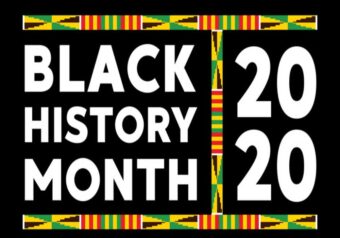 [vc_row][vc_column][vc_column_text css=”.vc_custom_1635776440284{margin-bottom: 0px !important;}”]Black History Month is an annual celebration of achievements by African Americans and a time for recognising the central role of Black people in History. In Britain we celebrate this in October and it provides an opportunity for us to recognise the outstanding contributions people of African and Caribbean descent have made to the world.

This year our S2 classes have been studying a new unit on Civil Rights in America, delivered by Ms Hyslop and Mr McDougall. The Civil Rights Movement in America took place during the 1950s and 1960s, supporting the idea that all African Americans should have the right to vote and to be treated equally to all other citizens of the United States. To celebrate the occasion, our pupils were allocated a different Black Hero from History and they produced a research profile of some well-known figures, such as Martin Luther King, Nelson Mandela and Rosa Parks, as well as other ‘unsung heroes’ such as Ruby Bridges, Harriet Tubman and Muhammad Ali. Pupils researched their character’s career, famous achievements, any iconic quotes and completed their work with their own reflections on why their characters are so inspirational in relation to their positive impact on Black History.

In further activities, pupils wrote an imaginative three day diary for pioneering activist Rosa Parks. This detailed her experience in what became known as the Montgomery Bus Boycott in 1955, which led to one of the first major desegregation victories for the cause. Others created a storyboard to summarise the key events of Little Rock Arkansas in 1957, when Elizabeth Eckford bravely became the first black student to enrol in the Central High School. These events attracted world-wide attention to the Civil Rights Movement. Some of our best pupil work can be viewed in the display outside our main History classroom.

Of course, Black History should certainly not just be limited to discussions once a year. At National 5, our pupils also study the topic: Britain and the Atlantic Slave Trade. Pupils have recently covered our own country’s historical links with the trade watching the recent BBC documentary ‘Scotland’s Hidden Shame’ and debated the impact of the events of June 7th 2020, when Bristol protestors tore down the statue of Slave Trader Edward Colston.

There has been a renewed focus on Black Civil Rights since the death of George Floyd on 25th May 2020, who was killed by a police officer during an arrest in Minneapolis. This sparked a wave of protests against police brutality across the US and internationally. This has shone a light on the “Black Lives Matter” movement. In light of recent events, there has never been a more relevant time to educate young people on Black History which is, in essence, a vital part of World History. The pupils themselves came to the view, and expressed this in their wall display, that Black History is an issue for us all and a matter for constant consideration in our study of History.[/vc_column_text][/vc_column][/vc_row]