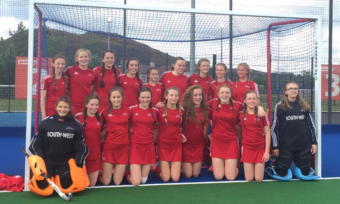 Every year, Wellington pupils are nominated to attend trials for South West Hockey based on their performance throughout the season. They are up against tough competition to be selected, competing against pupils from Marr College, St Columba’s School and Kelburne Hockey Club. Therefore, it is important to recognise the success of Amy Grassom, Leigh Timothy and Olivia Stark who were selected for U14 South West Hockey final team and competed against the teams from the rest of Scotland at Peffermill in Edinburgh on May 20th, 2017.

The South West team came 3rd overall – a fantastic achievement! The trials for this season U16/18 are in June and we wish every player nominated good luck!