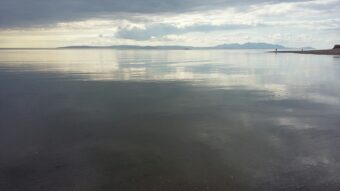 The Two Travellers and the Farmer – Friday 1st May 2020

[vc_row][vc_column][vc_column_text align=”center” css=”.vc_custom_1635777226631{margin-bottom: 0px !important;}”]We are all familiar with some of the famous parables contained in the Bible, like the story of the Good Samaritan.  Today, I am going to share with you a parable from North America entitled ‘The Two Travellers and the Farmer’.  It reminds us how important it is for us to look for the good in other people.

The Two Travellers and the Farmer

A traveller came upon an old farmer hoeing in his field beside the road. Eager to rest his feet, the wanderer hailed the countryman, who seemed happy enough to straighten his back and talk for a moment.

“What sort of people live in the next town?” asked the stranger.

“What were the people like where you’ve come from?” replied the farmer, answering the question with another question.

“They were a bad lot. Troublemakers all, and lazy too. The most selfish people in the world, and not a one of them to be trusted. I’m happy to be leaving the scoundrels.”

“Is that so?” replied the old farmer. “Well, I’m afraid that you’ll find the same sort in the next town.”

Disappointed, the traveller trudged on his way, and the farmer returned to his work.

Some time later another stranger, coming from the same direction, hailed the farmer, and they stopped to talk. “What sort of people live in the next town?” he asked.

“What were the people like where you’ve come from?” replied the farmer once again.

“They were the best people in the world. Hard working, honest, and friendly. I’m sorry to be leaving them.”