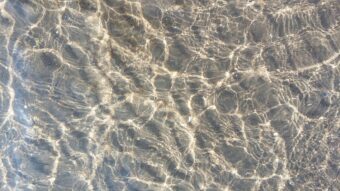 [vc_row][vc_column][vc_column_text align=”center” css=”.vc_custom_1635777186525{margin-bottom: 0px !important;}”]Throughout human history, the collective confidence of mankind has ebbed and flowed. Civilisations have risen on a wave of confidence, only to crumble as all things do in time.  The Great Pyramid of Giza has proved to be far more enduring than the dynasty that built it.

Arguably the greatest achievement of the last two hundred years has been the progress of science and nobody doubts that science has enriched our lives in so many ways. Turn back the clock to the late 19 century and the developed world was changing more rapidly than ever before. The Victorians were determinists.  They believed that one day, we would know everything, understand everything and have the solution to every problem.  There would be no illness that could not be cured and no challenge that could not be overcome.  It was an age of great confidence, the legacy of which was still clearly legible for more than one hundred years. It can still be glimpsed sometimes today.

The twentieth century, however, was to shake that confidence. As science continued to progress at an astonishing rate, scientists gained a new understanding not only of how much they knew, but also of how much they did not know – and could not know.  The old certainties were replaced with a new kind of uncertainty.  At the deepest level, the uncertainty principle of quantum mechanics tells us that we cannot know everything. This is nothing to do with our abilities.  It is rather a principle that tells us that we cannot ever have total knowledge.  At a more human level, the twentieth century was the era when mankind created for itself the ability to wield enormous destructive power. For the first time, humans had the tools to threaten the entire existence of the species.

A full twenty years ago, with the Cold War seemingly in the past and in keeping with the spirit of a technological age, we entered a new century in fear not of a human virus, but of the millennium bug.  That may have proved to be a false alarm, but the terrible scenes of 9-11 ushered in an era of new politics and global tension.  The world would never be the same again and a new kind of uncertainty took centre stage.

Now, nearly twenty years later, the world has undergone in just a few short months one of the most dramatic changes that has ever been witnessed.  The fear of a global pandemic has been in the background for a long time, but here in Europe most of us were distant spectators to the SARS and MERS epidemics.  If we ever thought that we would be immune to such a threat, we were wrong.

So, as we stay at home and look out of our windows, perhaps now some of us have more time to ponder on the uncertainties of life.  I flick through the pages of my diary and most of the entries are crossed out.  Nobody knows what the next few months will bring, but we must look forward with hope.  The school corridors will once again be filled with laughter one day and I most certainly look forward to that.[/vc_column_text][/vc_column][/vc_row]